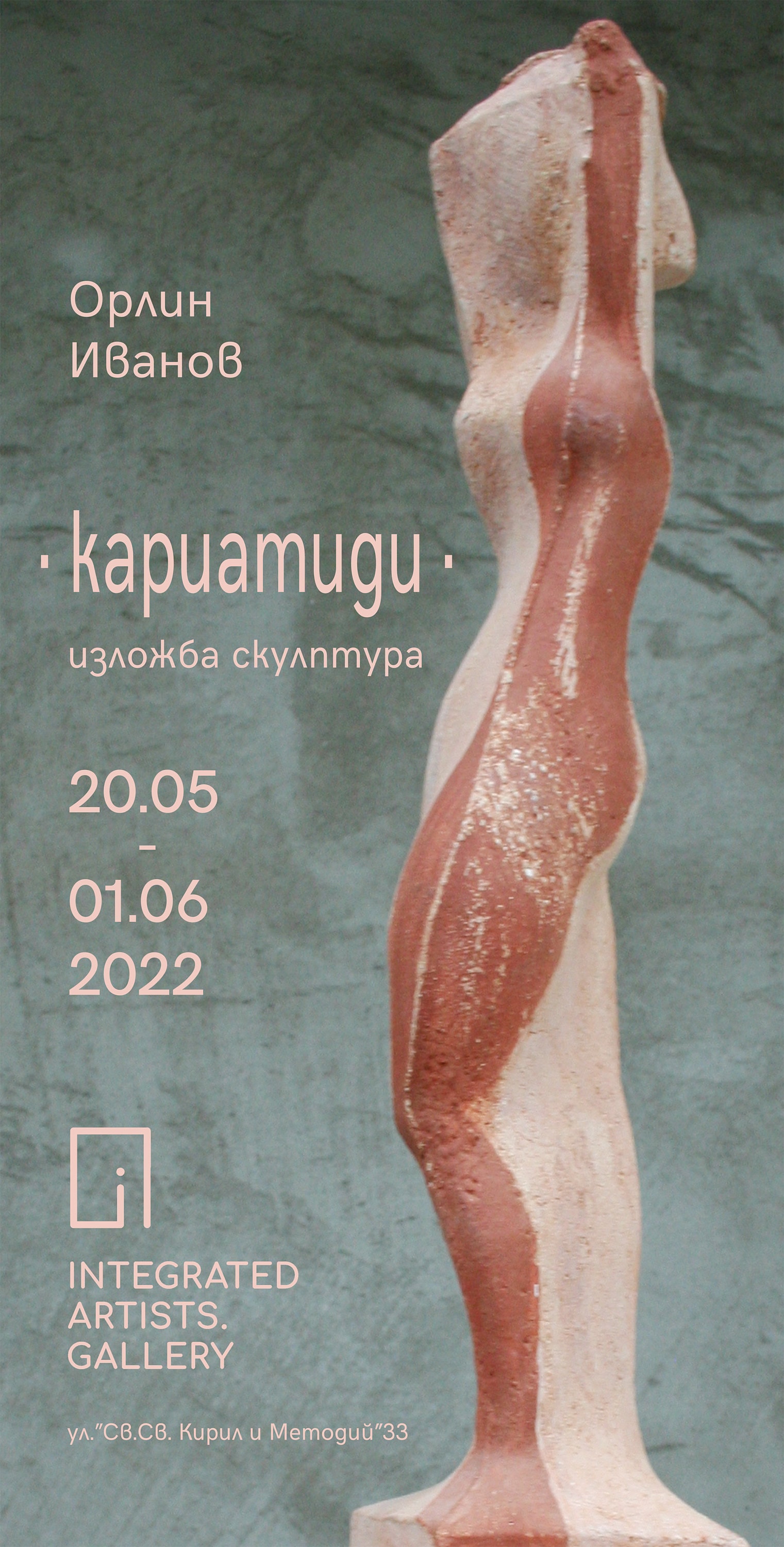 The exhibition presents the latest artworks by the Bulgarian professional sculptor Orlin Ivanov, a series of ceramic sculptures of female bodies, in his unique figurative, minimalist style. The presented works reveal new observations in the fields of contemporary sculpture, when the human body and architecture find common ground with each other through their skilful creation in art objects.

“By choosing a small sculptural format for the Caryatids series, I aim to remove the plot from the spatial, architectural and mythological aspects of the theme. Inspired by the monumental influence of the form, the ancient female columns, I am looking for new solutions for independent spatial impact of the theme. These searches are not related to the presence of the female body in architecture, but to the presence of architectural forms in the female body. The female body as a monumental column - female columns."

Orlin Rusev Ivanov was born in 1979 in Sofia. In 1998 he graduated from the Secondary special art school for applied arts with a degree in metal, and in 2004 he completed a master degree in Sculpture at the National Academy of Arts. In 2006 he started his teaching career as a senior assistant at the Department of Drawing and Modeling at the Faculty of Architecture of UACEG, which later brought him the doctor title in this educational field. Since graduation till nowadays he has participated in numerous group exhibitions in Bulgaria and France. Caryatids is his first solo exhibition as a contemporary artist.

* Caryatid (Greek: καρυάτιδα, literally a virgin from Caria) is a female sculptural figure who serves instead of a pillar for support and as a decoration of a building. In ancient times, the Caryatids were priestesses of Artemis. The term was first recorded by the Roman architect Vitruvius, who in 1st century BC in his work "On Architecture" (De architectura) noted that the female figures of Erechtheion symbolized the punishment of the women of Caria, who were cursed to enslave after betraying Athens, by taking the Persia side in the Great Greek-Persian Wars at that times. In Bulgaria, Caryatids can be seen in the Sveshtari tomb near the village of Sveshtari, northeast of Razgrad town.